A downloadable tool for macOS

This is beta software. Please don't expect everything to be working perfectly. I'm happy to support by email or Discord. Video input doesn't work perfect with offline rendering.

Trello board for bugs, ideas and plans

Repository if you would like to hack on it and contribute

Any proceeds between release and September were matched 3x (up to 1k CAD by me, @cabbibo and Dmitri Cherniak) and are split between One North End Community Fund (Halifax, NS) and First Peoples Justice Center of Montreal. In total, we raised $2,383 CAD. Thank you so much!

Eris Fairbanks  for contributing the audio accumulator float uniform. Check out the audio2dkifs.json preset for an example!

Max D for making the Linux build and testing

Char Stiles for making the Windows build and testing

And of course a big thanks to everyone who has contributed to OpenFrameworks.

Shader Acknowledgements: The included bokeh, multi-sample hue shift and blur shaders are adapted from a gaussian blur function by mrharicot. 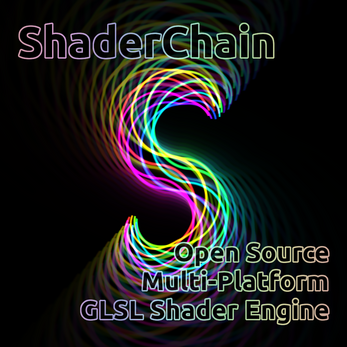 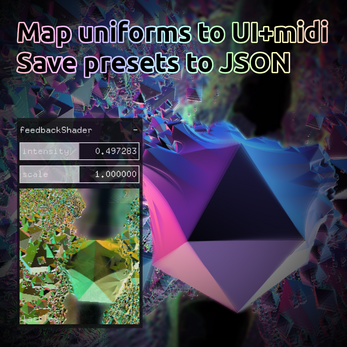 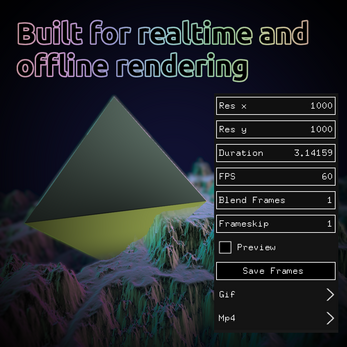 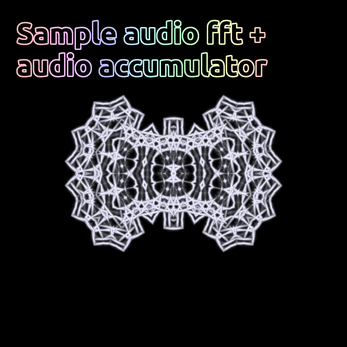 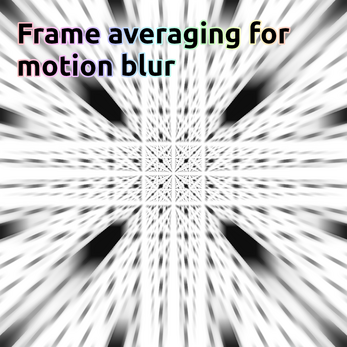